Blockchain Bridge: What is it, and what is it for? 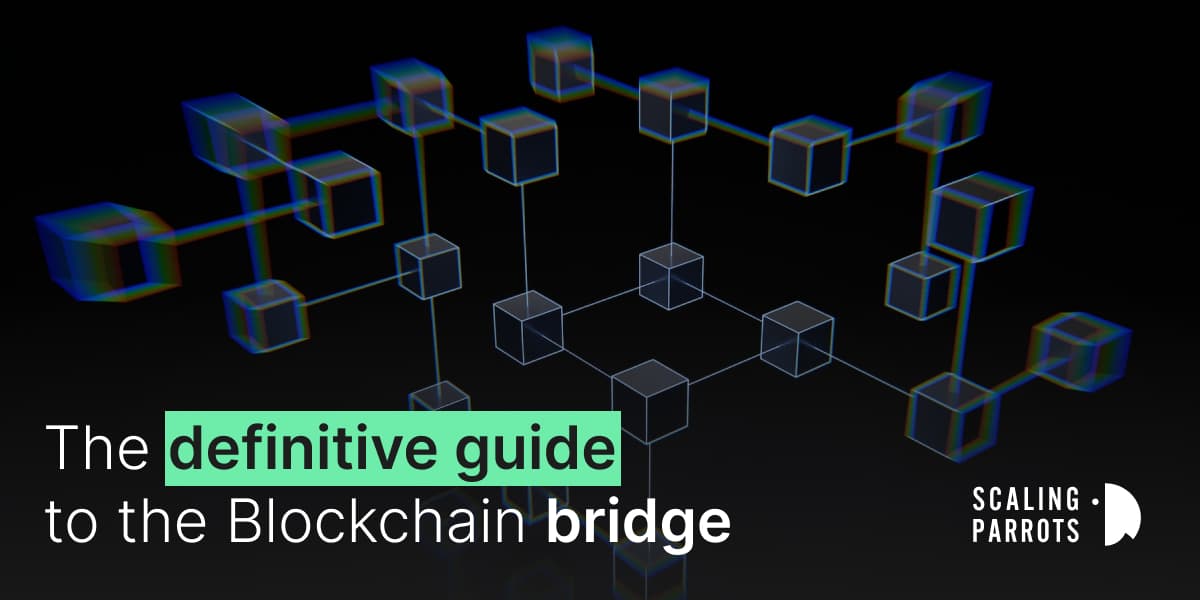 The digital world is becoming increasingly digitized, and online interactions are taking place between internet users, businesses, and their products or services more frequently.

The Artificial Intelligence, the Internet of Things, and Virtual Reality are all examples of how technology is becoming increasingly advanced.

As a result, there has been a rise in debates about how we can further develop this space and how we can improve the security of our data to prevent hackers from breaking into personal accounts.

A bridge is primarily used to create a bridge between different Blockchain networks by using a gateway. This article will explain more about what you should know about bridge and what it is used for.

Keep reading to find out!

What is a Blockchain Bridge?

This can be useful for people who are operating on a network that does not have direct access to another network. A bridge can help facilitate the transfer of data and other resources from one Blockchain to another.

A bridge is also known as a cross-chain bridge. It helps with transferring information and assets between 2 layers of the network and also between different Blockchain networks without interruptions.

Every Blockchain network has a specific parameter that is unique to its network and causes the inability of the software to transfer information or assets successfully. Blockchain bridge is the solution.

With the three main types of bridges, the interoperability problem is resolved. These include:

The concept of the Blockchain bridge dates back to the late ’90s when a white paper was created by Stuart Haber and W. Scott Stornetta that described how a chain of blocks could be used to create trust networks between different databases.

The first bridge was created in 2004 as an interconnection between two virtual machines. Interoperability was a key factor in bridge development, allowing users to exchange data between Blockchains seamlessly.

It is essential to note that the first bridge was only used for research purposes. It wasn’t until 2008 that bridges were used commercially. At this time, the financial industry recognized the potential of Blockchain technology and began adopting it for the use of interconnecting networks.

This was represented by the launch of the first interbank Blockchain bridge. Since then, bridge technology has expanded rapidly and is now used in many different industries.

What is the Need for Blockchain Bridges

Communication between distributed networks is one of the biggest challenges seen in the Blockchain industry. There is often a need to transfer data between Blockchains, but it becomes difficult because there is no interoperability between them.

This can be a problem, especially when there are different standards or protocols used by each Blockchain. As a result, a bridge can be used to facilitate communication between other Blockchains.

A Blockchain bridge can be used to connect different Blockchains based on similar or different standards as well as protocols.

A trusted bridge can be useful when each Blockchain uses different standards and protocols. However, there are a few disadvantages that come with trusted bridges. One of them is the centralization of data.

For example, if an organization connects to a decentralized Blockchain such as Hyperledger, it can rely on a trusted bridge, such as a centralized identity bridge that allows for authentication.

A trustless bridge is a Blockchain bridge which does not rely on a central authority. Instead, it uses two-way protocols for communication between the two networks.

There is no third party involved, and this bridge uses technology that facilitates two-way communication based on the rules specified by the Blockchain networks. One advantage of using a trustless bridge is that users are given more control over their data.

Unlike trusted bridges, there is no central authority that directs the data exchange. There is also no need to depend on a third party for communication.

However, due to technical limitations or protocols, data cannot be transferred back to the original Blockchain. One advantage of a unidirectional bridge is that it does not require an intermediary and is, therefore, straightforward. However, unidirectional bridges can only transfer data in one direction and cannot be used to receive data.

A bidirectional bridge is advantageous because it ensures that data is transferred in both directions and offers higher reliability. However, bidirectional bridges can be more complicated because they require two networks to agree on the same rules and protocols for communication.

A bridge has been designed to help connect these two networks together. This bridge is managed by a central authority and uses a trusted model.

Another excellent example of a bridge is the one between the Ripple network and the Bitcoin network. This is a trustless model and uses a protocol called Interledger.

There are other types of bridges, such as the one between the Bitcoin and Ethereum Classic networks. There is also a bridge that connects the Bitcoin network with the Ripple network.

Scope for a Blockchain Bridge

There is a lot of scope for a bridge. Several organizations are looking for ways to connect their services and integrate with other Blockchain networks.

A bridge can help solve this problem and can also be used to facilitate interactions between two different Blockchains.

There are many different types of bridges, each with its own advantages and risks. To create a Blockchain bridge for your business, it is important to determine which type of bridge would be best for you.

After deciding on the type of bridge most beneficial for your business, it is crucial to determine exactly what data you would like to exchange between the Blockchains.

There are a few risks associated with bridges. One of them is that the two networks connected by a bridge would have to agree on the same set of rules and protocols. If the two networks have different protocols and regulations, then the bridge may not be able to facilitate data transfer between them.

Another risk is that the bridge may need to store confidential data. Since a central authority is storing the data, there is a possibility that the data can be compromised by hackers.

A bridge allows for the exchange of data between two Blockchains. While this can be immensely beneficial, it can also be risky as the amount of data exchanged could be significant and unsecure.

There are many different types of Blockchain bridges. However, one of the most commonly used bridges is the Hyperledger chain-to-chain bridge.

This fully trusted distributed bridge allows for the exchange of assets and data between two Blockchains. The Hyperledger chain-to-chain bridge has been used in many different industries, including the logistics and fintech industries.

If you plan to develop a bridge, it is important to consider which type of bridge you would like to create. There are many different types of Blockchain bridges, and each has its benefits and risks.

It is important to determine which Blockchain bridge is best for your business and to gain an in-depth understanding of how it works.

This is another popular bridge. The Binance chain-to-chain bridge is a fully trusted distributed bridge that allows for exchanging assets and data in both directions between two Blockchains.

This is beneficial because it allows for the seamless exchange of assets between two Blockchains without having to use an intermediary. The Binance chain-to-chain bridge is a fully trusted distributed bridge and, therefore, may be used by an organization that wants more control over data exchange.

Blockchain technology is an exciting future-oriented technology that is being embraced by many industries. Blockchain bridges are emerging to bring together different networks and exchange data. They offer higher security, scalability, and reliability.

From a business perspective, bridges are useful because they help to create a new level of trust between companies and their customers. From a consumer perspective, they can provide more transparency and control over their personal information and data.

Blockchain bridges are also useful because they encourage collaboration rather than competition.

As Blockchain continues to evolve, there will be more bridges. Blockchains will eventually be able to share data, so you will see more interoperability between different networks.

Bridges are seen as a step in the right direction and will help to bring the Blockchain industry closer to its goals.